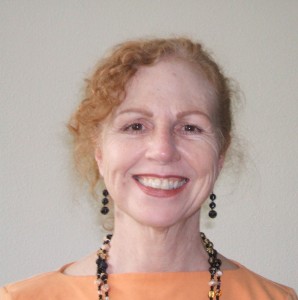 I was only recently diagnosed with fibromyalgia, but right away I realized there seemed to be a disproportionate number of redheads featured in fibromyalgia articles and films, which triggered me to remember and consider what I had heard about redheads feeling pain more acutely than others. Could there be a corollary? Namely,

If redheads truly are hypersensitive to pain, could it render them more susceptible to a nerve disorder like fibro?

I don’t remember, as a kid, being particularly sensitive to or hampered by pain. A rough-and-tumble redheaded tomboy who spent as much time as possible outdoors, I played softball with the boys and coasted down dangerous river rapids on a foam board. It didn’t really feel like summer unless my arms and legs were completely scratched up and maybe I’d been stung by a yellow jacket. But despite my active lifestyle, I never broke a bone or even had a sprain.

Pain I do remember was dental-related. As a child of the ‘50s, I was among many who had cavities drilled and filled without Novocain. I distinctly remember looking at the ceiling tiles from my prison of the dental chair, counting the uneven rows across and down, desperate to escape the intolerable pain I was trapped in. I think that’s where I learned to leave my body; I felt like I was safely inches away from the ceiling rather than immobilized far below. Now, I wonder whether redheads in particular might have learned to leave their bodies as a method of coping with intractable pain. Do we just “learn” to cope with levels of pain that would bring others to their knees?

This was brought home to me through the “opportunity for growth” that was endometriosis. Starting around age 24, in the ‘70s, I experienced cramps of unimaginable intensity. Back in those days, endometriosis was not well researched, pain meds were very hard to come by, and hysterectomy was the “standard treatment” for endo. One had to beg and plead for prescription medications that were essentially NSAIDs (while simultaneously it was communicated that we were weaklings for not being able to tolerate period pain). When I had an extensive major corrective operation in my 30s, my surgeon said he didn’t understand how I could tolerate the degree of pain my operative findings indicated. Uh . . . me too!

Several years later, when I was undergoing preparation for a breast biopsy, the anesthetist who had shot me with a local didn’t believe me when I told him I could definitely feel the hefty needle he was trying to insert deep into the biopsy site. I promptly lost consciousness, sliding from the chair to the cold, hard floor – where I had to be revived before repositioning in the chair for the “re-anesthetization” and needle localization procedure.

The following month, I woke up after lumpectomy and lymph node removal to breath-robbingly severe breast pain.

To this day, I remember hearing the orders: “2 mg morphine push.” But that didn’t touch the pain. Morphine in 2-mg doses kept being given, in fairly short order, until I had had 18 mg. For perspective, I am a petite woman, weighed 110 pounds at the time.

So . . . were all these experiences preparation for dealing with fibro? How did I come to live with 10+ years of debilitating nervous-system pain, i.e., fibro, and also without knowing its etiology (which is its own torment)? I now believe that my long delay in diagnosis was partially due to my ability to function in the face of continual moderate to severe pain. If redheads truly are more sensitive to pain, it seems equally true that they have found ways to cope: if we are routinely given suboptimal doses of pain medication, what choice do we have but to soldier through? We have no way of knowing how a non-redhead would deal with our particular amount of pain, or what is reasonable, but the fact remains we have a life in front of us and tasks to complete. 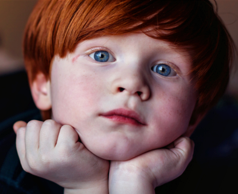 Perhaps DNA research will sooner or later support the premise that redheads indeed feel pain more acutely than non-redheaded individuals. Ideally, that would usher in new redhead-specific medication protocols as well as channels for further research. Redheads are already “special” due to our relative rarity; and if it turns out that we are proven to be more sensitive to pain than others, it could go a long way toward making us feel we have our own lane and aren’t feeble cowards for simply being who we are.