My Painful Stumble from Furious to Fit

One fateful day in 2011, I stood before my bathroom mirror and watched myself descend into a full-fledged rage attack. My mere 34 years of existence had hit me pretty hard.

I was 100 pounds overweight, riddled
with pain, ravaged by illness, and utterly
incapable of participating in my own life.

Although I had narrowly escaped death and was technically lucky to be alive, it sure didn’t feel that way. I had absolutely no idea how to pick up the shattered pieces of my reality and move forward, but knew I had to do something to curtail the uncontrollable fury gobbling up my sanity. My at-home yoga practice clearly wasn’t doing the trick, so I decided to start running. 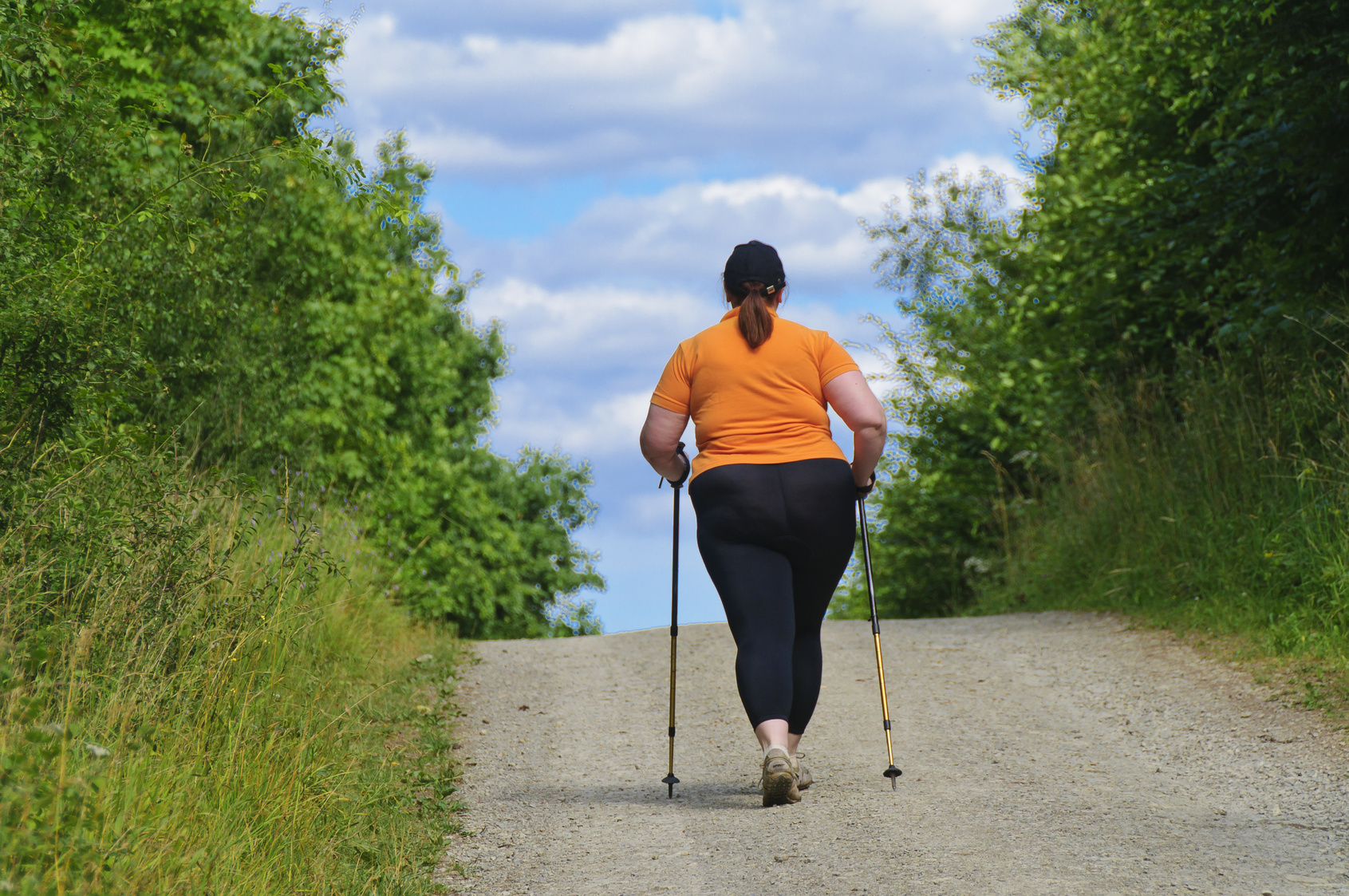 But that’s the most misleading way to phrase it. Because I was so out of shape and in so much pain, all I could do was shuffle at a fast trot for 5 out of every 90 steps. Literally. So that’s what I did, every other day when I walked my dogs. After a few weeks, I was trotting ten steps and walking eighty. Over time I kept whittling away the ratio, until the day finally came when I was running a block at a time. It took many months, and my efforts were rewarded with ungodly amounts of pain. I’d hobble up the stairs, gulp down extra pain meds, and lay around moaning about how bad I hurt. But my rage was tempered, and I even lost a little weight, so my progress kept me going.

Years before, in the early days of my journey with chronic illness, I started researching nutrition. This inspired me to try pretty much every diet, cleanse, potion, philosophy, and ideology imaginable claiming to offer the true key to health. While none of them fixed me, the more I shunned preservatives, chemicals, refined, and processed, the better I felt. Marginally. I delved deeper into my quest to understand the human body’s relationship with food and uncovered the startling truth about the dangers of yo-yo
dieting.

For the first time in my life it became
urgently clear whatever modifications
I decided to implement had to be forever.

I’d already used up more than my nine lives and didn’t have another to spare! So I changed tiny little things at a time. Initially it was really basic, like not eating takeout as often or stuffing myself so full of food I felt like a sausage ready to explode. After I lived with a lifestyle adjustment for a while, I’d embark upon another. Over the course of a couple years I became a pretty clean eater, with plenty of cheating thrown in to satiate my human factor. I wasn’t striving for perfection; my target was longevity.

One day in early 2013 I went into my closet and grabbed a pair of “skinny” pants that had been collecting dust for half a decade. Imagine my surprise when they not only slid past my hips, but buttoned perfectly at the waist! However, when I turned around, I was shocked to discover they were actually baggy in the butt. Exercise and clean eating helped rejuvenate my metabolism, but I was still a sick girl on a slew of medications and the weight loss wasn’t happening proportionately. Adding a fifteen-minute abs routine to my yoga DVD a couple times a week wasn’t an instant fix, but once again, it helped. 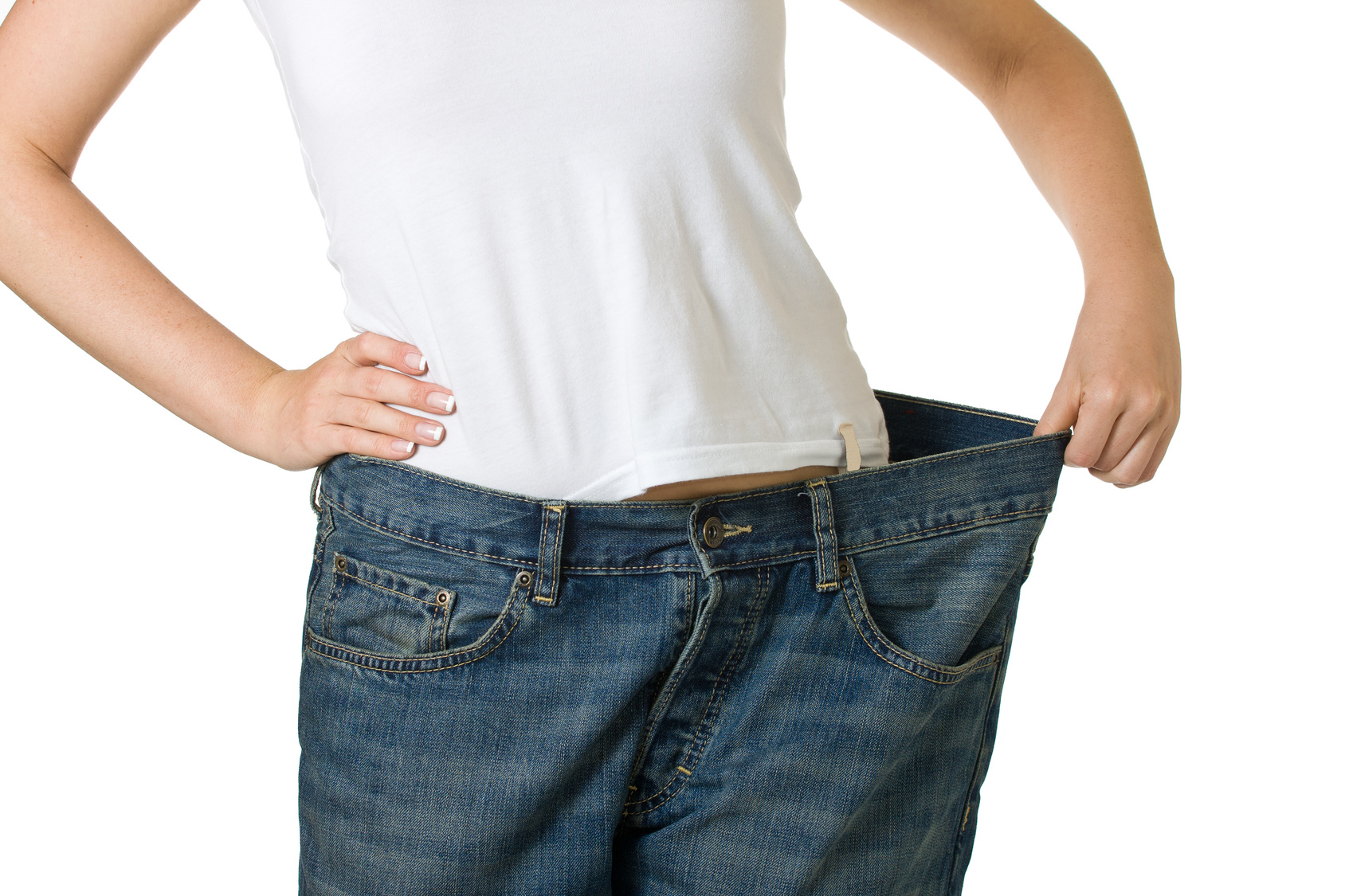 Shortly thereafter it dawned on me exercise no longer hurt, but eased my suffering so much it actually felt worse when I slacked off.

Couple that with a diet of whole, natural food, and I was hardly taking pain medicine at all anymore. Then one night after dinner at my mom’s house the unthinkable happened. Without a second thought, I jumped up to clear the table and help with the dishes for the first time in years. It was a stunning moment that seemed to prove the crux of my nightmare was firmly rooted in the past. Except in my own mind, it wasn’t. I was still sick, still disabled, and despite all my progress, so sick and tired of being sick and tired I was anything but happy.

Watching a documentary about juicing vegetables to alleviate chronic illness spurred my next lifestyle alteration. Although I’d tried juicing before, only to discover it was no miracle cure, my desperation encouraged me to give it another whirl. After some nasty experimentation, whereupon I learned I absolutely despise onion juice, I found drinking my daily dose of veggies exponentially stabilized my chronic pain and sickness. 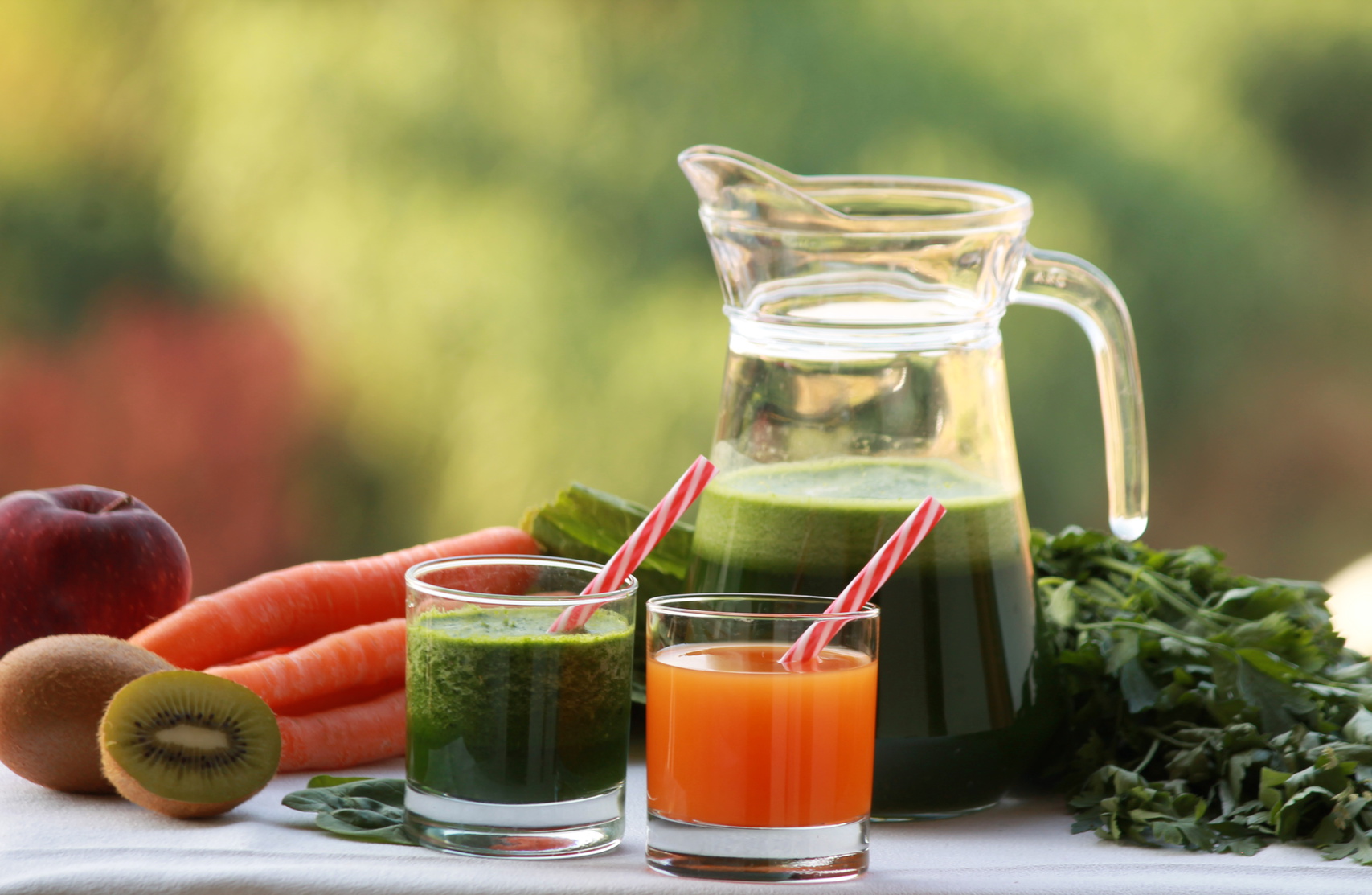 But the benefits didn’t stop there. I immediately cut my food consumption in a third because I just wasn’t hungry. My body stopped craving fuel for distraction, pleasure, or any reason other than honest-to-goodness hunger. It didn’t take long for me to lose more weight. 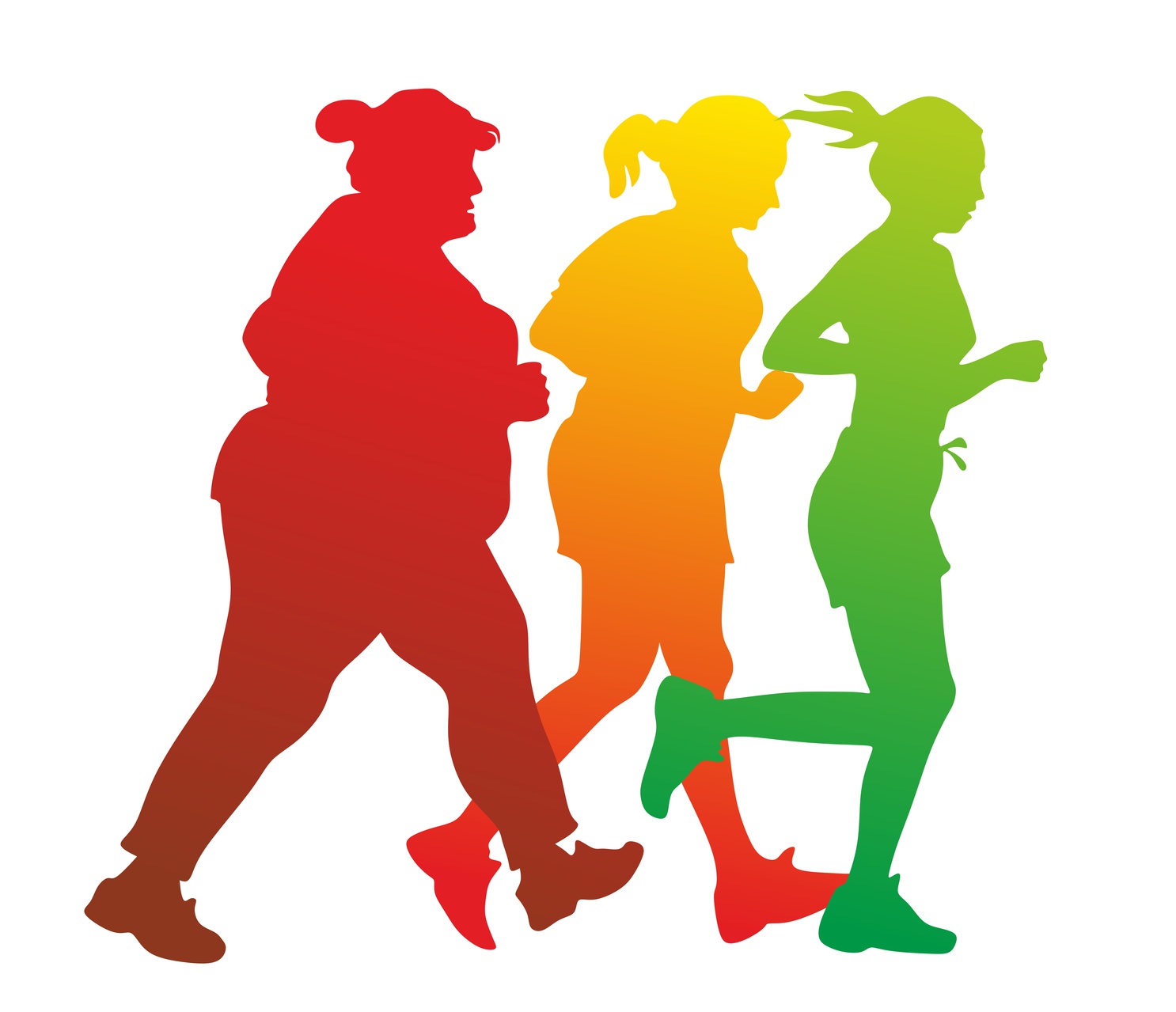 So of course in the spring of 2014, I went and injured my feet, rendering myself unable to run. Terror over regaining all the weight I shed, pain I diminished, and disease I wrangled my life back from propelled me to the gym for the first time since I became disabled in 2006. Until I walked in the front door. The reality of mingling with a bunch of buffed-out muscle heads was so intimidating that I almost turned around and left in tears without lifting a single dumbbell. But I didn’t. That determination was soon rewarded when my “skinny” clothes went from baggy to falling off. The need to replace my wardrobe yielded the shock of my life.

Somehow, in my quest to break the cycle of constant and pervasive illness, I’d gone from a size 16 to a 6. It’s an accomplishment I’ve
effortlessly maintained for well over a year.

Today I credit exercise and nutrition with giving me much of my life back. While I still struggle with pain and sickness, my symptom severity has improved enough to start moving forward once again. But my journey toward health is nowhere near over. I continue to research and adapt the food I fuel my body with in small, maintainable ways. I’m constantly finding new ways to challenge myself at the gym while respecting the limitations of my illness. And I still cheat all the time. After all, my goal isn’t perfection. It’s longevity.

Leah Tyler authors the award-winning blog, Chronicles of Fibromyalgia: The Ups & Downs & Sideways Progress of a Female Living with Fibromyalgia, and is nearing completion of her first novel. From her blog: “I’m a double-stroke survivor, fought my way back from the disability of fibromyalgia and chronic fatigue syndrome/ME, and have four severe pancreas attacks behind me, all before the age of 34.”