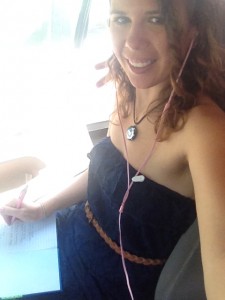 Science Fiction of the Past Is Now Modern Technology

When we read books written from the 1980s, the authors were visionaries when describing technology that hadn’t been invented yet. But now we can turn around and see that the technology that was mere fiction back then is coming to life now.

In Terminator robots having artificial intelligence was once fantasy and, quite frankly, a horror for many people. The idea that a robot could think, learn and act on its own is actually coming to life. Japan has created robots to act as home nurses to help caregivers, making lifting and heavy duty tasks easier. IBM has recently created a computer that learns called Watson, which is being trained by Memorial Sloan Kettering (MSK) Cancer Center and “…suggests tailored treatment options—along with supporting evidence—to clinicians by extracting key information from each patient’s health record and cross-referencing that with MSK expertise, curated texts and case histories” (IBM: Watson for Oncology). They call him Dr. Watson due to the fact that he can answer questions about leukemia now.

Back to the Future has flying cars and, if you are a Disney fan, Zeon (along with many others) has self-driving cars. Both are being created in our lifetime. Companies are in a fight to the finish line to be the first. Now, would I trust myself to fly a car? No, I wouldn’t even trust my mom and dad in one of those! Sorry, I love you, but no. However, a self-driving car opens the doors to so many people who have been isolated due to their illness or condition. People who either couldn’t drive due to a diagnosis or no longer could drive because something happened (car accident, amputation, etc.) now could have the world opened up to them. A computerized car offers those who couldn’t get a job due to transportation issues the chance to have a job, which leads to income, which then leads to money and better care.

Technology is changing. The imagination of those over 20 years ago is finally being realized. If it’s dreamed today, what could happen tomorrow?